Corridors College is not a mainstream or 'normal' school, in a number of ways. Some of the differences result from the clientele; others are a result of the aims and objectives of the school itself.

Not all of Corridors' students can attend school regularly. Some have issues at home, or a lack of any home or accommodation. Some have family problems, drug or substance abuse problems or physical and/or mental health issues that prevent regular attendance. Students progress at their own pace, and the school accommodates their progress accordingly. Some students are being coached and taught externally by Corridors. These include young people in jail, young pregnant women and some who are full-time carers for younger siblings.

It helps if Corridors doesn't appear to students as a 'normal' school.
Many of the young people attending Corridors have rejected or been rejected by mainstream schools. They would not, by choice, return to schools that they had previously experienced. For one reason or another, their only remaining chance for an education is at a 'different' type of school. 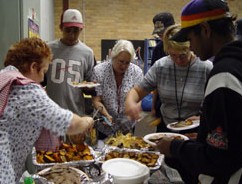 Education WA welcomes Corridors College - CARE School - Secondary Vocational College, the ideal Midland WA Education Provider for all the family to learn and enjoy. We have made sure that we have thought of everything you would expect from your education Provider with many features, Click on the Contact Now or Phone Now button to get in touch with the Organisation Direct.