Like any society, Indigenous Australians have always valued education as a vital element in the process of social reproduction.

While the train of events following on from 1788 attempted to destroy and replace the richness and diversity of Indigenous education practices, there remains within contemporary Indigenous Australian society a strong commitment to the initiation and support of appropriate processes for the education of themselves and their children.

The first attempt in Western Australia to re-establish effective Indigenous influence over the shape and direction of formal institutionalised education took place in the 1950s at Yandyarra in the Pilbara Region. However, despite the endorsement provided by the District Superintendent for extending the "stop gap" school established by the Nomads Group in 1953, the state government was not prepared to support them in this endeavour.

Boab treeThe next attempt by the Nomads to establish a school took place in the early 1970s and led to the successful establishment of a school at Strelley Station in 1976. The significant differences between this and their earlier attempt, however, lay in the support they received from the Commonwealth Government and their decision to set up their own school rather than attempt to exert any influence over a government school.

Since this time, a further fourteen schools have been registered, thirteen of which are currently operating in Western Australia. They are located in the Kimberley, Pilbara, Murchison, Goldfields, Great Southern and the Perth metropolitan area. The schools are autonomous and do not operate as a system. They do, however, have many features in common and are involved in a range of cooperative initiatives. 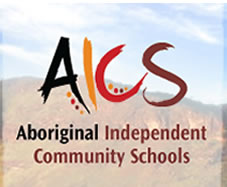 Welcome to Western Australian Aboriginal Independent Community Schools - Perth Office one of the popular educators in your Osborne Park area. Our aim is help you in your learning journey.